RetouchMe: What We Learned from Localizing an App into 35 Languages

RetouchMe is a popular photo editing app in which professional designers and retouchers work on improving your images. It is one of the top 150 apps in the “Photo and Video” category in the USA App Store.

In November of 2019, RetouchMe numbered 17 million installs in 150 countries around the world. In addition to the App Store and Google Play, the app is available in the Samsung Galaxy Store and the Amazon AppStore.

The RetouchMe team shared with us:

The RetouchMe app made its debut in 2014. At that time the mobile app market only offered automatic photo processing. Professional retouching was something unique.

Today, many «copycat» apps also offer retouching by professional designers, but they lag behind RetouchMe: their feature sets are more limited, and they also have weaker localization, being translated into the bare minimum of popular languages.

At what point did you begin localizing RetouchMe into other languages? What languages were first, and why?

The first release of the app in 2014 included localization into English and Russian.

Later, in 2016, we localized the app into Spanish and simplified Chinese. This was natural, as these two languages are the most widespread in the world.

Only in 2017 did we decide to localize the app into all the languages then supported by the App Store (another 19+ languages).

These charts show the fluctuation of our ranking on countries' top charts on the App Store after localization of the app and its metadata (for Brazil, Italy, and Turkey):

What was the turning point in your app's rise to popularity?

It was in October of 2015, when we began giving particular attention to ASO (App Store Optimization). We translated the app name, keywords, description, and screenshots into other languages.

After we saw the success ASO was having in English-speaking countries, we decided to begin localization of the app and its metadata into all the languages in the App Store.

Localization of the app itself is needed to make it convenient and user-friendly. Localization of metadata is so that the user can easily find the app in their native language.

The chart below shows a sharp rise in the app's rankings on the top charts (in the «Photos and Video» category) immediately after metadata localization:

Has localization into so many different languages paid off?

The success of localization can be judged by the number of downloads and by profits. A high download rate does not always mean significant profits.

For example, we saw a sharp spike on Google Play in India, but the country doesn’t generate many paying users. There were many downloads, but very few paying users. On the other hand, large numbers of downloads help to boost rankings, which in turn generates additional organic traffic.

The opposite also occurs, where downloads are few but profits are high. This means that the given locale has a high ARPU (Average Revenue Per User).

As for indicators such as ARPU, these are naturally going to be far higher in the USA and Great Britain than in India, Vietnam, and similar countries. But we came to this conclusion: if you have a good product, and you give attention to ASO in all languages, localization practically always pays off!

Countries with the most paying users in the RetouchMe ratings: USA, Great Britain, Russia, Germany, Canada, Italy, France, Spain, Brazil, Australia, Switzerland, Turkey, Mexico, Netherlands, and Israel. This list is approximately the same both for the App Store and for Google Play.

How do the App Store and Google Play compare?

The App Store has the most paying users, but recently we have started growing rapidly on the top charts of Google Play countries, in terms of profit among other things.

Although RetouchMe does offer free photo editing, our app is a paid product, so the number of paying users is important. This makes for an interesting situation: on Google Play we rank 20th in terms of profit (in the USA). On the App Store our rating is lower than on Google Play, but our Apple users are considerably more profitable. 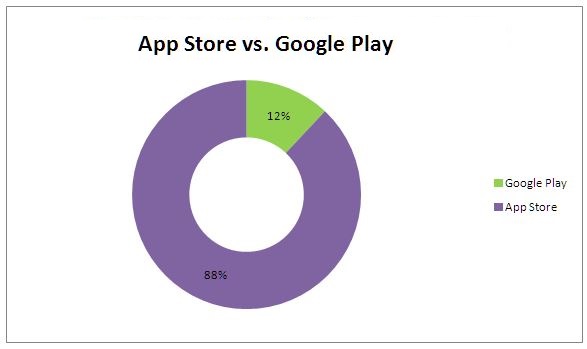 Ratio of profit from the App Store vs. Google Play — approximately 88% and 12%.

What challenges have you encountered during localization?

Localization of RetouchMe went smoothly, aside from the typical challenges of the RTL (right-to-left) languages of Arabic and Hebrew. These languages required considerably more time for testing and UI debugging.

Another “tight spot” in localization is the long words in German, French, Danish, Swedish, and Norwegian. So we ask the translators at Nitro (using the “comments for the translator” feature) to use “not more than 13-15 characters, please.” Sometimes this can be a challenge, but the translators do an excellent job of selecting a translation that meets our requirements.

Likewise, to avoid errors and difficulties in localization of string resources we order linguistic testing from Alconost, which is a tremendous help.

You constantly add new features to RetouchMe. How much time is required to add a new feature to the app?

Yes, our customers propose ideas for new app features, and we try to swiftly implement them. Here it is very convenient that we receive all translations from Nitro within 24 hours: a new option can be added in just a couple of days, since we do not need to publish a new release.

In this way we added options for processing pets, changing faces in pre-existing templates, and restoring old photos. 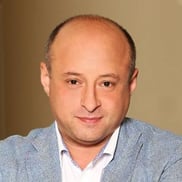 «Sometimes we send a text to Nitro for translation into 32 languages at the start of the work day, and by the end of the day all the translations are ready, and we can add the option to the app without a release. If problems arise, the manager provides instant support via chat. There have been slight delays due to the holidays in China, but in general our experience with Nitro has been nothing but positive. Your service is a real life-saver!»

CEO and co-founder of RetouchMe

For translating small texts that are needed as quickly as possible (marketing texts, metadata for ASO optimization), RetouchMe uses Nitro. These texts are often just a few words, but there is no minimum order, so one only pays for the amount of text that needs to be translated.

Nitro, our human translation platform, covers over 60 translation languages. Give it a try and enjoy fast translations by native speakers!