What not to skimp on when creating a game video 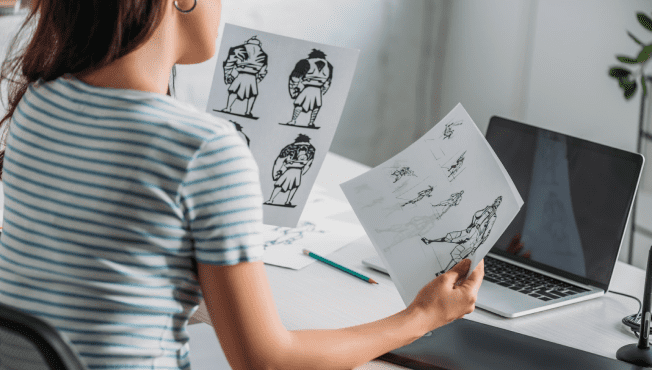 When a developer's resources are limited, the desire to save money at each stage of video creation is perfectly understandable. We'll tell you what stages it doesn't pay to economize on, and suggest other ways to make creating your video less expensive.

Certain stages of the video creation process may seem of negligible importance, but when you try to cut costs on them, you either wind up with a video of noticeably lower quality, or else you end up complicating and delaying the project. What's more, omitting these stages ultimately will not save you significant time or money. Here are the stages we're referring to.

5 things it doesn't pay to skimp on

These, then, are the five stages that aren't worth skimping on. What's left? Strangely enough, the animation itself. A given idea can be conveyed by different visual means. And since compiling animation is the most labor-intensive stage of creating a video, when optimizing expenses it makes sense to consider this particular stage.

How to save on the video sequence

Naturally, videos with 3D or CGI (computer-generated imagery) look impressive, but when your budget is limited it makes more sense to explore other options.

An example of this type of video is the game trailer for Wild West: Steampunk Alliances.

Here's when it makes sense to consider this particular option:

In order to simplify bringing this option to life, come up with a selection of graphic files ahead of time that you plan to use in the video. Follow the script and compile your assets for each scene, leaving no details out. In the archive, for each scene don't forget to include a high-resolution background image, the proper characters from the proper angles, location elements, and other gameplay objects.

If your source files are in PSD format, make sure your files are layered. This is particularly important if the video should include character animation. When a character is a single-layer subject, animating their movements is a difficult proposition. But when all the phalanges of their fingers, forearms, neck, lips, eyes, brows, etc. are separate elements, it is far easier for the animator to make the character smile, scowl, or clench their hands into fists.

Here's another example of a video with animated graphics: a teaser for the game Heroes of War Magic.

As we see, game graphics created with animation in mind can serve as a basis for effective teasers to promote a game on advertising platforms or social networks. Additionally, this type of video does not depend on how game features actually look, and can be easily adapted to foreign markets.

However, if you decide to use this kind of video on the game page in an app store, there's no guarantee that a video with animated graphics will pass the App Store's moderation.

Animating graphics, even in 2D, is a fairly laborious affair — especially when it comes to character animation or highly detailed environments. But it's entirely possible that your video's subject matter does not require compiling all the scenes from source graphics. It may be possible to convey part of the ideas using gameplay scenes, which can be used to break up the animated video sequence. When properly employed, this approach will not compromise the video's visual cohesiveness. For example, watch the trailer for the game Bubble Illusion: part of its scenes are animated graphics, and part are actual gameplay.

You can even combine gameplay and graphics in a single scene. For example, in the video for the game Mahjong Village, the playing field with tiles is recorded gameplay, while the animated background in the distance, the fortress with the lighted windows, and the sunny village are animated graphics.

If you're on a limited budget, use as much actual gameplay as possible, resorting to animated graphics only when absolutely necessary — for example, when an aspect of the game simply cannot be conveyed by captured gameplay. Examples of this might include features such as quests, which in the recorded gameplay will appear too drawn out or too detail-heavy. Just imagine the dialog windows when accepting, questing, and completing: the viewer will have little interest in learning about the specific scenario or in reading the mission description. It's best to describe this game feature schematically or symbolically, conveying the idea figuratively, and this is where animated graphics are your friend.

The most economical option is to record gameplay, select the best fragments, and set the captured video to the rhythm of the music.

For this option to work, carefully check whether the gameplay depicts what you envisioned in the script. If you want to get by with minimal expense, your video has to show what is already in the game, without embellishments such as custom unit placement or changes to the UI. For example, if you have a space shooter and you want the video to depict a spectacular scene of a spaceship flying over an aerial armada of opponents, the game must already include this animation. If it has not yet been created, it can of course be made specifically for the video, using the game's source graphics. But this will cost more than a gameplay montage. So if cost-cutting is your priority, try to use only animations your game already contains.

If your video includes voice-over, any gameplay montage must be synced to it. That is, the video sequence must be matched to the narrator, not vice versa. This will allow you to keep the voice-over to a natural pace and avoid a situation where the video sequence has moved on to the next scene while the narrator is still reading the text for the one preceding. In general, when a video contains speech, it is the speech that determines how long each scene lasts.

An example of this approach is the video for the game One Life Story.

To keep the gameplay video from appearing monotonous or from bogging down, don't be afraid to speed up the recorded fragments a little, switch from one to the next, or even show several fragments on screen at once. We employed this approach in the video for the game Taonga: Tropical Farm.

However, even in these videos, which employ gameplay to the max, animated graphics could not be avoided altogether. For example, the closing screen in both videos was not recorded gameplay, but animated static graphics. Your video is bound to include at least one such scene, so keep this in mind when assessing the labor cost of creating the video.

The question of how much time and energy making an in-house video could cost a game development studio is one we addressed in detail in this article. In general, we're of the opinion that creating videos is not exactly what game developers typically do. Although it's a fascinating process, it can end up taking considerable time, without producing the result you were hoping for. Nevertheless, if you plan to create your video on your own, we hope this article helps you determine your priorities in the productive process.

If you end up deciding to outsource your game video, here are seven recommendations that will help you get the video you wanted, with a minimal number of iterations.