Why Should You Analyze Your Competitors When Planning an SEO Campaign? 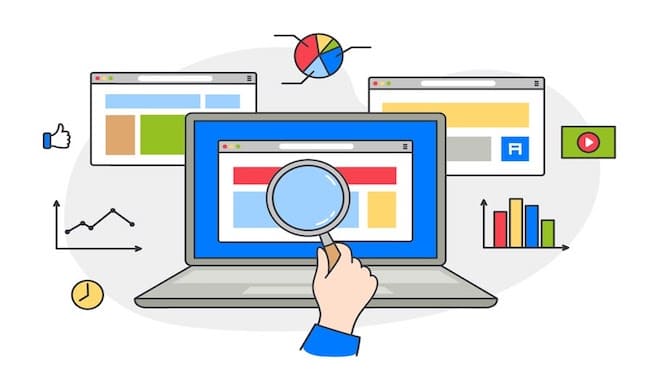 Before offering any options of cooperation to our new client, we conducted a free preliminary analysis of competitors' strategies, as well as a review of search demand. We managed to surprise the client already at this stage.

In summer 2019, we received a request to optimize a B2B website of a gaming equipment manufacturer. No SEO work had been done, and the site had been developed just 3 months prior to that time. As the head of the sales department explained to us, their audience mainly comprises owners of developing businesses.

The client entered the market in 2014, and in a relatively short time, according to various reviews, their products ranked TOP-10 among the most popular equipment. To quote the client, this was due to the fact they “never saved money on quality, materials, or electronics. All our competitors are better than us only in terms of advertising and promotion".

Purpose of website promotion, which was described in the brief:

Before proposing any options for cooperation, we conducted a free preliminary analysis of competitors' strategies, as well as a review of search demand. We managed to surprise the client already at this stage. It turned out that the competitors that the client considered to be their main rivals are actually operating just as poorly optimized websites, which do not attract visitors from the search engine. Who are the client’s competitors then?

Competitor analysis necessarily should be done if you are entering new markets, planning a large-scale advertising campaign, or simply want to understand your place in the market. The competitor analysis includes a detailed comparison of your product’s online presence against your five main competitors. You will learn your competitors’ strengths and weaknesses, and will get clear vision of your own advantages and promotional opportunities. Read about advertising consulting and competitors analysis

A preliminary competitors’ analysis is the basis for decision-making

Client’s website had 781 indexed pages in Google, 356 of which were associated with the English version. This was a good indicator to start.

However, it was obvious that the pages were not optimized – Google didn’t define search queries for all these pages; there were actually no positions for any search queries.

We compared it with other sites.

For comparison, we analyzed the indicators of a competitor website that the client provided to us: [WEBSITE1].COM

As you can see, this website could hardly be identified as a real search engine competitor. In fact, it was also not optimized and didn't collect search traffic.

It had 120 indexed pages (i.e. even fewer than that of the first competitor’s website [website1].com and that of the client), but

As for specific search queries in the TOP, the following requests attracted visitors and increased the traffic of the analyzed site:

It is a slightly different set of words if compared to the clients’' examples like "[key1] franchise, [key2] supplier", etc.

Based on the above information, we were able to conclude that despite certain achievements, the [SITE2].COM’s strategy was also not the optimal one: it collected traffic from an incomplete pool of thematic queries, while visitors came only from a few European countries. In fact, we had some doubts about the quality of the traffic.

For comparison, we also analyzed a similar website from another region – [SITE3].RU. The client did not mention it as a competitor, but the site could definitely be used as a benchmark.

The site had a completely different promotion strategy compared to the two resources analyzed above. Additionally, it worked only with Russian regions and some CIS countries, which meant that its main source of traffic was the Russian audience and that it wouldn't be the clients’ competitor in the future.

The site had several dozen regional pages for every search query with the following structure: «buy + [key1]».

What conclusions can be drawn from this competitor analysis?

In the preliminary questionnaire, the client indicated “Europe and the USA” as the main regions for promotion. These were very large regions, especially if we take into account the approach of the [SITE3] and possible demand in each country and each city.

Based on an analysis of competitors, we concluded that English-speaking demand for Europe could be highly regionally dependent, while the same regional dependence was possible for particular US states and cities.

For example, the radius of New York is 30 kilometers. Approximately 20 million people live there, which indirectly denotes a possible level of competition and the orientation of the search system to display specifically regional search results in the first place.

Accordingly, creating/optimizing general pages on the site with “the whole world” in mind may not give the expected effect (in fact, this was what happened with [site2].com).

The client would have to either narrow the choice of regions or put great effort into preparing an optimal SEO-strategy for generating and optimising content for each region.

What did we offer to our client after we have analyzed the competition?

To help the client make a decision, we suggested performing the following work on the client’s site:

We suggested making a technical revision of the site and correcting all possible technical issues. We also prepared recommendations for improving the existing pages with their current content so that they could just “pop up” in some queries in the near future, without having to wait for possible strategic changes to be implemented. Our experience shows that technical website optimization always increases traffic from search engines. However, this is only an initial stage of the SEO process.

Thus, the preliminary competitors’ analysis allowed us to see the whole picture, outline possible strategic decisions for the client and assess their potential effectiveness. Whether or not these recommendations come to fruition is always up to the client. As to the client we described in the case, we are moving towards the defined goal slowly but surely.