Posted by Margarita Shvetsova
on 11/3/22 1:17 PM
in localization and translation, Nitro, game localization 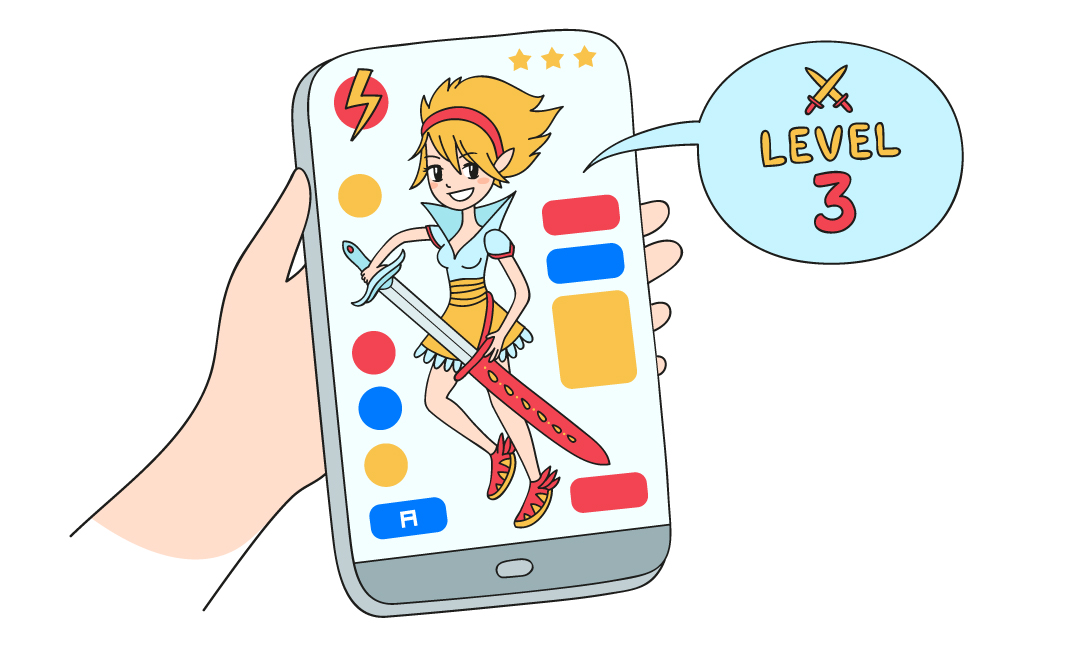 Holidays are always high season for businesses. Marketologists come up with various activities so as to take advantage of the moment and turn a maximum profit. For mobile game developers, holidays likewise present a wide field for experimentation.

Maximum profit is achieved on Black Friday and during the Christmas and New Year season. For example, in 2019 gamers around the world spent $277 million on mobile games over Christmas, with those in the USA spending $70 million on Black Friday, breaking the record set the previous year. In many ways these profits are influenced by in-game events and special offers.

But what’s the best way to keep users in the game the rest of the year, outside these universally beloved holidays? And how do you balance the expenses of preparing these events with the hoped-for profits?

Let’s take a look at how to leverage holidays throughout the year and use special offers to attract users. In this article you’ll also find a calendar of holidays and helpful hints for successful event planning.

What good are events, anyway?

Events are a terrific opportunity to use creative content to attract new users, and to draw old users back into the game, thereby boosting your profits.

Furthermore, events are great for testing new ideas and hypotheses. During events you can try out new features, play around with new types of content, and then decide whether or not to include them in your permanent repertoire.

For developers, planning a serious event can be quite stressful. This can be mitigated by planning for holidays well in advance. The Christmas season comes every year, and your events aren’t going to plan themselves.

We recommend drawing up an event plan six months to a year in advance, to help you assess which events should be prepared for ahead of time. Your team needs to leave time and energy not just for major updates, but for additional in-game events as well.

If your players are from different countries around the globe, it’s important to have translations of new content ready to go. Since these texts are usually fairly short, and you may need translations into multiple languages, the best option is to translate them using professional translation services like Nitro.

You won’t need to go looking for 10–20 translators to cover each of your languages. Just check off the languages you need. Nitro handles translations as short as a single word, and you’ll receive your finished translations within 24 hours — sometimes within just a couple of hours. It’s ideal for translating small updates! 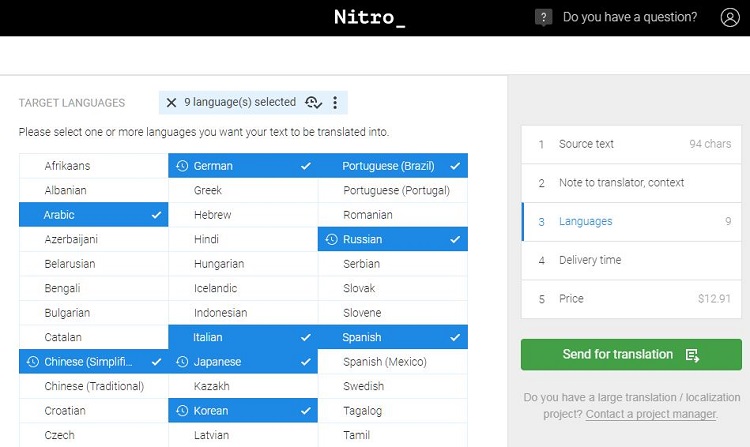 Which holidays to pick, and how?

Obviously, Christmas and Black Friday are not the only holidays out there. Besides, these holidays are most popular among American and European users, and audiences in other parts of the world, such as Latin America and Asia, are very promising.

The easiest thing you can do is link your in-game events to popular holidays that are celebrated nearly everywhere: Halloween, Black Friday, Christmas, New Year’s Day, and the Chinese New Year.

Mobile game developers appreciate Halloween for its universal symbols, such as pumpkins, vampires, and monsters. All these are easy to organically incorporate into nearly any product around October.

Keep in mind, however, whether an event is appropriate in the context of your app: a mushy romantic game is hardly the best setting for classic Halloween decor. You can work in the theme in more lighthearted ways: smiling pumpkins, funny bats, cute little monsters.

Logically, it makes the most sense to select holidays that match your users’ locale. In the majority of Asian countries (except for Japan), the Lunar New Year is the most important holiday of the year. Easter events are popular among European and American users, but would be inappropriate for an Arab audience.

Pay special attention to emerging markets, which are growing at incredible speed, and experiment with events created especially for them. These markets include Latin America, Southeast Asia, and the MENA region.

Users in Arab countries are renowned for their high ARPPU (Average Revenue Per Paying User). During the Islamic holiday of Ramadan, which lasts for a month, Arab users spend serious money while gaming — just like their English-speaking counterparts during the Christmas season.

Here’s a brief holiday calendar to inspire you with ideas for new game content:

As you may have noticed, many holidays have moveable dates, and can last for several days. For example, Black Friday usually doesn’t stop at Friday: sales begin on Thanksgiving itself (Thursday), and end on Monday, which has now become Cyber Monday — a special day for online sales. In games, holidays like Halloween and Christmas may go on for weeks.

Some countries have special holidays just for women or for men. In Japan, March 3 is Girls’ Day, while May 5th is Boys’ Day. In Russia and many of the CIS countries, March 8 and February 23 fill the same role. And the USA and other English-speaking countries celebrate Mother’s Day and Father’s Day (the dates of which vary by country).

Many holidays have their own specific symbols, and these can be used in holiday skins: different colored lanterns (Ramadan), cherry trees in full bloom, Easter bunnies and chocolate eggs (for Western cultures), etc. Holidays can also be used as an occasion for promotions.

Be careful with your translations when introducing new characters for holiday events. Take the Narcade team: for Valentine’s Day they decided to give their game’s cat protagonist a girlfriend. The two feline lovebirds were named Tia and Mia. The problem was that those names give no hint as to which of them is male and which is female, which is crucial for translations into many languages, including Italian, Spanish, and Russian. Fortunately, the folks at Narcade remembered to leave a note for the translator in their Nitro order: as it turned out, Tia is male and Mia is female.

How do you observe holidays within a game?

Holidays can be observed in many different ways, from decorating the icon (usually an indication of new game content) or thematic skins to holiday-themed quests, new levels, and in-game objects.

Each year World of Warcraft holds an event called Hallow’s End (the Russian version plays off the word tykva, or pumpkin; the German employs a term meaning “scary night”; and the Italian uses “shadows”). Hallow’s End is an in-game version of Halloween and is celebrated from October 18 to November 1. During this period the game acquires new characters, pumpkin-flavored treats, costumes, and so on.

Tell us about your project

One subtlety of holiday events is worth noting. The goal of the mobile game developer is to entertain players with fresh new content, yet come out on top by netting more than is spent on development. As a rule, companies generally plan for 2–3 large-scale events a year, since preparation takes time and the cost is high.

Players, however, expect new developments at least once a month. For this you can use less important holidays, or even make up your own! For example, you might include the game’s anniversary, the summer or winter solstice, International Talk Like A Pirate Day, and so on.

These kinds of minor holidays can be added to the game using live-ops. Live-ops are changes to the project that you make without releasing a new version or an update. The way it works is this: the new feature is put in place beforehand, and is automatically made available to players at a predetermined moment. Plus, you don’t have to sit around waiting for store approval, uncertain of whether your event will make it into the game by the deadline.

Examples of events from various games

How to attract users to events?

Creating an event is only half the battle. After that comes the all-important task of attracting users, encouraging them to make in-game purchases and take part in the activities you’ve organized.

Here are a couple of ideas for how to accomplish this:

Here are a few sample push notifications to get your creative juices flowing:

3. What’s New. Don’t forget to give glowing descriptions of new features in your “What’s New” section. This will bring old users back into the game and attract new ones.

Today, in-game events are an absolute must-have for obtaining additional profit and maintaining user interest for as long as possible. Mini-events and special offers are one more way to remind players that you’re there and keep them in the game.

Fall and winter with their colorful bouquet of holidays are just around the corner, so now’s the time to start coming up with events. To translate texts for events and special offers quickly and efficiently, we suggest using Nitro, our human translation platform. The convenient self-service mode allows you to place an order right away and receive the translated content within 24 hours. Give it a try!