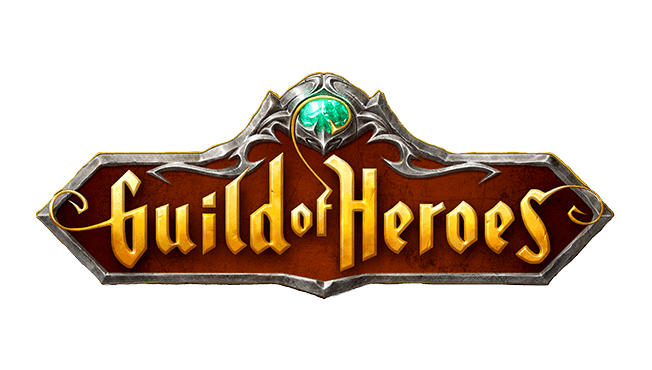 We make video clips about games at Alconost. Teasers and trailers usually appear on applications’ App Store and Google Play pages, and cut-scenes introduce gameplay. In winter 2018 we dealt with a task on a larger scale: we created a series of 18 video banners designed to attract game traffic on banner-based advertising networks such as Facebook.

The game for which we created this series of banners was Guild of Heroes. It’s a fantasy RPG developed by BIT.GAMES. Playing as a warrior, archer, or wizard, the player demonstrates their superiority in battles with monsters and skirmishes with other players, completes quests, crafts items and equipment, and teams up with other players.

We decided to show all three classes — warrior, archer, and wizard — in the banner series. We chose a female character to be the model.

According to the client's experience, square and vertical video formats look good in ad campaigns on Facebook, and the classic horizontal format looks better on other advertising networks. We therefore had to make three versions of every banner: a standard Full HD version (landscape orientation), a vertical Full HD version (portrait orientation), and a square 1080x1080 version. In addition to the 30–second clips, we also needed shortened versions with a maximum length of 15 seconds.

We therefore had to make six videos of various lengths and sizes with a character from each class.

For the short versions we decided to show the character's evolution by emphasizing changes to her equipment – from basic equipment, to more interesting gear, to the most advanced kit in the game. We added gameplay excerpts to the long versions in order to show not only equipped models, but also real gameplay with locations and monsters. A lead-out with the game's logo was also added to the long version.

Materials Provided by the Client

The client made sure to provide us with complete and workable content that we could use to bring our scripts to life. The materials provided by the client included 3D models of the character and her equipment, the model's core movement animations, and some art assets from the game.

The client also prepared gameplay footage – about ten minutes of gameplay with a character from each class. We had to select the most telling moments from combat – about 20 seconds for each character.

We chose the character’s most interesting core animations and equipped her to match the gear she was wielding in the capture footage. The equipment became the link between scenes of different types, i.e. the “model” and “gameplay” scenes

We knew beforehand that we were going to have to make vertical versions of the clips. This meant that we had to find a way to fit horizontal capture footage into a vertical video. Without zooming in and cropping the gameplay inserts would take up too small a percentage of the viewing area and look bad on mobile devices. For this reason we initially selected gameplay fragments in which events took place in the middle of the screen and the character did not move quickly across the location and out of the shot even if it was cropped significantly on the left and right.

Active production began in mid-December. In order to make sure the client could launch the ad campaign over the holiday break we had to finish work on at least one of the banners before New Year’s Eve. The first video (character equipped as a warrior, square shape, short version) was completed and accepted by the client late at night on December 29th. Despite the tight deadline, we enhanced the short version of the video with an elegant solution: we added a phase where level 50 equipment transformed into level 1 equipment, which allowed the video to cycle seamlessly. We went on to use this technique in all of the short clips in the series.

We didn’t stop working over the holiday break. We cranked out one banner after another without forgetting the details. For example, we chose the following sequence of color palettes for the background and borders for gameplay featuring the warrior character: yellow-green, warm lilac, and cool navy blue. For the archer and wizard characters we changed the sequence of the surrounding coloration so the palette of objects in the background would meld harmoniously with each class’s equipment.

Here’s how the banners from the series ended up — these are the ones where the models are accompanied by gameplay:

And here's how the short versions look — these are the ones with seamless cycling:

Alconost would like to thank the Guild of Heroes team for providing high-quality finished materials and quick and substantial feedback even over the holiday break.