Finland for Game Devs: A Little Country with Big Possibilities

What’s more, Finland has become a focal point for leading gamedev companies from around the world. Helsinki is now home to offices of companies like Ubisoft, Electronic Arts, Epic Games, Huuuge Games, Zynga, and more.

It’s the perfect place for a soft launch — Finns are paying users (who are used to paying!) with a western mentality and an attractive ARPU of $48.

Did you know that the Finnish government sponsors startups and gamedev studios, and that Finnish studios welcome foreign developers with open arms? Here at Alconost we decided to learn more about these tempting prospects, and sat down with an expert on Finland’s gamedev scene.

Very soon Oleg and his team will be holding a major event for developers and anyone interested in Finnish game development: Finnish Games Career Day.

Oleg, tell us about the Finnish Games Career Day online event scheduled for October 28. Whom would you advise to participate?

Finnish Games Career Day came about thanks to the Games Job Fair — our recruiting event, where we host Finnish gamedev studios that come to add talented developers to their teams. To date we have brought the Games Job Fair to Saint Petersburg, Kiev, Tallinn, and Helsinki.

This year for obvious reasons we’ve had to cancel all offline events, so we decided to hold an online event: Finnish Games Career Day. To date we have 15 good-sized studios looking to hire developers from abroad. The event is free and will be held in English.

The purpose of Finnish Games Career Day is to acquaint foreign developers with Finnish gamedev companies, so that developers can find interesting projects and, ultimately, great jobs, and so that Finnish studios can bring new talent on board.

Interestingly, several of the developers who signed up for Finnish Games Career Day have already received and accepted job offers from Finnish companies — even before the event has started!

Why are Finnish gamedev companies so interested in hiring talent from other countries?

Finland’s gamedev industry employs a mere 3500 people, and there are currently around 300 vacant positions. In other words, there is a serious deficit of developers.

Although programs for game developers and designers have appeared in our universities in recent years, they are unable to keep up with the growing industry — they can’t produce enough new specialists.

This boom began after the explosive success of Rovio, followed by Supercell, and this motivated other people to start making games. Also, Finland has a tight-knit gamedev community: you can always find a mentor and people to help you.

In what format will Finnish Games Career Day be held?

During the first half of the day, there will be presentations from Finnish gamedev studios, with presenters describing their products and available vacancies. Developers will be able to visit with the companies at their virtual stands and ask questions. They can also complete interviews and check out other vacancies on our virtual notice board.

The second part of the event is all about Finland: it will feature presentations from our partners, who will talk about all aspects of relocation, Finland’s welcoming gamedev community, and how the companies are helping their foreign colleagues to successfully relocate and find their new home in Finland.

Your team also has another interesting project — Finnish Game Day. How is it different from Finnish Games Career Day?

Finnish Game Day is a separate project: it focuses on business. This event has become a tradition: for the last 4 years running we’ve been holding it in partnership with White Nights the day before the annual Saint Petersburg White Nights festival. We bring in around 20-25 studios to acquaint Finnish gamedev studios with their colleagues from Russia and the rest of the CIS, and also to talk about investments.

Thanks to Finnish Games Day we’ve been able to help small Finnish gamedev studios to sign successful contracts to publish their games and even to obtain investments. In addition, this event tells about the Finnish gamedev industry from a business standpoint, and this has motivated several Russian developers to open their own gamedev studios in Finland.

Our company Games Factory Talents can also be of help here: we acquaint people with key players, help them open their company, and assist with working through tax and legal issues.

You actively organize events that involve Finnish gamedev companies. Are there many of them in Finland?

Today Finland has around 240 gamedev studios, of which 20 are major players: Supercell, Rovio, Remedy Entertainment, Housemarque, and also foreign companies such as Ubisoft, EA, Zynga, Epic Games, and others.

So why are foreign gamedev companies opening offices in Finland? What is it that attracts them?

They come for the expertise. Finland has developed an effective ecosystem for game developers — after all, the first commercially successful Finnish game was released a full 25 years ago. Finland is also a convenient place to do business: bookkeeping is entirely web-based, there’s minimal bureaucracy, and everything is kept neat and transparent. And, as a cherry on top, there is government assistance available for project development.

Seriously? You can get financial assistance for game development in Finland?

Any Finnish company can receive state financial support. So, yes: as a Finnish studio you can receive various grants and financial aid for developing a game project and necessary technology. Not any game, of course — the project has to be deemed innovative. This kind of assistance is especially significant for startups, since development requires considerable time and resources.

Big companies like Supercell and Rovio all received state assistance once upon a time. Later, of course, the money made its way back to the state in the form of taxes. :) Our own modest Games Factory Talents also applied for and received a grant. So, as you see, any Finnish company has a chance.

Incidentally, one participant in our online event on October 28 will be Business Finland — an organization that evaluates these kinds of projects and is well versed in the gamedev industry. At this event they won’t be talking about grants, but about the financial support they offer specifically to talented foreign specialists who decide to come and try working in Finland.

You mentioned Finland’s close-knit gamedev community. What makes it so special?

As I mentioned, Finland’s gamedev industry employs a mere 3500 persons, so everybody knows everybody, and people see each other regularly at various events. For example, in Helsinki these kinds of events are held every month: gamedev studios give presentations, and people visit and share their experience. Finnish Game Jam is one such frequent event.

In Helsinki we have Arcade 5 — a whole complex just for indie studios, which also hosts events. These are frequented by larger companies that come to meet talented individuals: if indie studio projects don’t end up taking off, larger companies will gladly add these indie developers to their team.

Every Finnish city has its own IGDA Finland chapter. For this reason people at gamedev events communicate in English, and it’s fairly easy to be a foreign developer in Finland. Incidentally, at Finnish Games Career Day you’ll be able to learn more about IGDA Finland.

It’s really terrific that here any professional (or aspiring professional) in the gamedev industry can find themselves a mentor. IGDA has what it calls a Mentor Cafe, the goal of which is not to help companies, but specifically to assist talented individuals.

It seems to me that other countries lack this kind of regular, ongoing exchange of experience. This is something unique to Finland — this established ecosystem of support for developers.

Is it true that Finland is a promising market for soft-launching a mobile game?

Yes, the Finns have been using mobile games for a long time, and are used to paying for them. This whole industry got its start from Nokia when they launched their N-Gage project — a mobile phone for games. Nokia needed content, and they financed development for several studios, including Rovio.

Later, when the App Store and Google Play appeared, it was easy for gamedev studios to retrain for the new field: they already had experience creating mobile games, and teams had already been formed.

That’s why ever since Nokia Finns have been accustomed to pay for digital content. Besides, we use our mobile phones for everything: last year even public transportation switched to a mobile payment system. So here playing mobile games and paying for them is treated as a given.

As a localization studio, we’re wondering: do you advise people to localize their games into Finnish?

Many Finns understand English quite well, since television is not dubbed in Finland (that is, foreign films and TV shows in English). Our country is a small one at only 5 million people. So when Finns themselves develop games and apps, they make them in English, not in Finnish.

Later, of course, they localize into other languages — the domestic market is limited, and studios will eventually have to look beyond its borders.

Some Finnish studios start by localizing their games into Russian. For example, when the indie Polka Dot Studio launched their game Trendy Stylist, they localized it into Russian and even partnered with Russian influencer Sasha Spilberg.

Alconost comments: We frequently receive orders for translations of mobile games into Finish, Swedish, and even Islandic. Typically though, these languages are selected for mobile apps, not games. We have already described the success story of the apps RetouchMe (35 languages) и Wachanga (50+ languages) — localizing into several dozen languages helped them top the charts for markets in less popular languages, with correspondingly less competition.

Want to join a team of Finnish developers? Register for Finnish Games Career Day — the event is free of charge, and is held in English.

If you want to localize a game or app into Finnish or any other of 70+ languages, come see us at Alconost.

And if you’ve already localized your app, you’re sure to love Nitro — a convenient online service for fast translation of updates and other short texts into all the same languages we offer at Alconost. 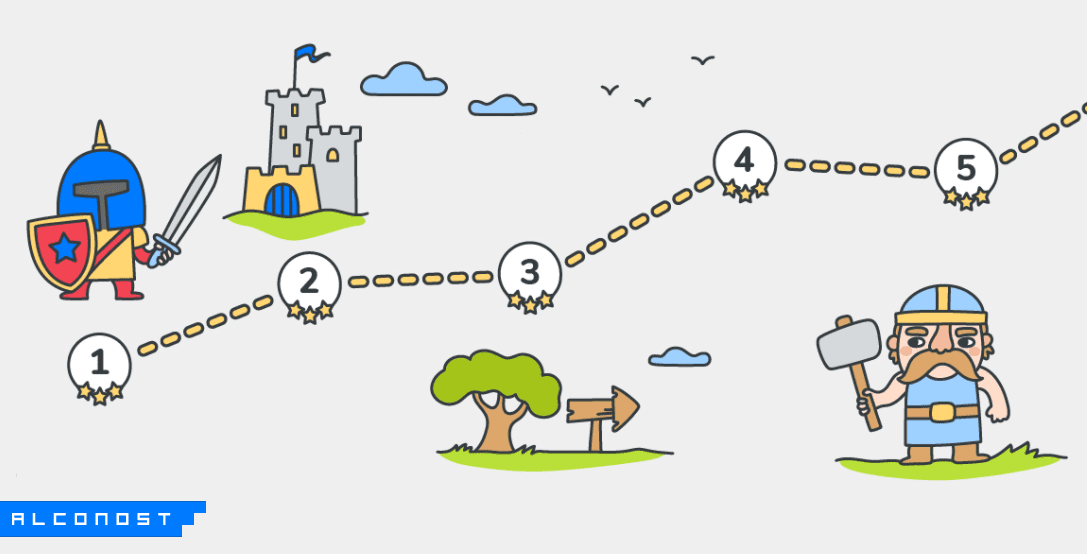