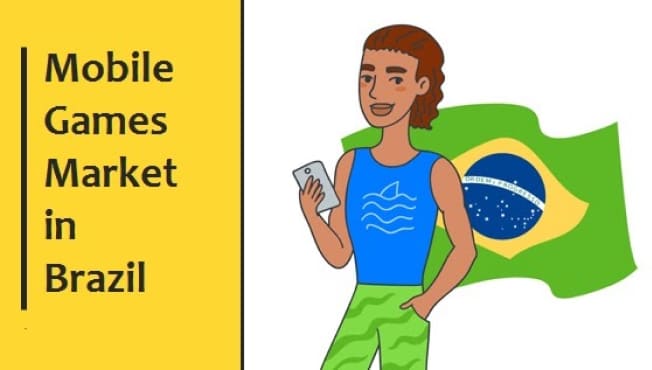 It should come as no surprise that the country with the world’s 9th largest economy is also one with some of the strongest purchasing power (where it comes in eighth), or that this also translates to one of the top rankings in downloads from Google Play and App Store (where it comes in third, just after India and the United States). We are talking, of course, about Brazil.

Brazil’s mobile games market is strong and developing rapidly, and offers enormous potential for developers looking to enter the market. Just like any other country, Brazil’s national character and idiosyncrasies determine the best approach to the market.

In this article, we’ll discuss how many and which Brasileiros play, the types of games and apps they download most and why, and offer insights into the Brazilian psyche, suggesting ways for developers to adapt their games to that market.

According to Newzoo, almost 76 million Brazilians played games in 2018. They spend roughly $1.5 billion per year on games (of which $380 million on mobile games in 2020, with over 60 million users), making Brazil the 13th games market in the world (and first in Latin America).

So who are the Brazilians who play games, and what devices do they play on? According to Forbes, the Game Brazil Survey of 2019 found that women formed the majority of the gamers in 2019, representing 53% of all the players. The most commonly used gaming device is the smartphone (83%) followed by the game console (48.5%). The majority of the players (61.9%) are 25–54 years old.

By income, the Statista Global Consumer Survey figures show that mobile gamers are split more or less equally, with a higher proportion of players being in the medium income category (38.4%) than in the low (32.1%) or high (29.6%) income categories.

The most commonly used operating system was Android (79.9%), followed by iOS (16.4%) and Windows (2.2%). The weak market share of Apple reflects the trend in the rest of Latin America, as does the market share of Android. Developers should keep this discrepancy in mind when creating games for the Brazilian market.

Another thing to keep in mind is the fact that Brazilians (like other Latin Americans) generally tend to buy mid-range phones with smaller storage (often less than 10GB). In addition, devices tend to be shared within families, with each user installing their own apps, so games and apps should be optimized for size.

Given that the vast majority of Brazilians are using Android, Google Play is by far the most popular store, beating the App Store by a huge margin. Some of the other stores used in Brazil are Aptoide (available for Android) and Baixaki (a leading website for games downloads, with apps for both Android and iOS).

2. What games and apps are the most popular?

Outside of games, the most popular apps are communication apps (with WhatsApp being #1 among them). Brazilians at the core are intensely communicative people, with strong familial and friendship bonds, to whom community is very important.

This also reflects on the types of most popular downloads in Brazil: the majority are apps that serve to bring people together, rather than force them apart. Brazilians enjoy multiplayer games which are becoming increasingly popular in Brazil.

Brazilians have also stated that they play mobile games to disconnect or de-stress (87% of respondents to a Google consumer survey), so when marketing games to Brazilians, it’s important to also work relaxation and stress release into the advertising.

For that reason, Brazilian players prefer games that completely absorb them and distract them from everything else. Action, strategy and role playing games are the popular types of games in Brazil. Also, Brazil is the 3rd largest esports market in the world.

3. Why Brazil is a promising market

In recent years, Brazil, like other Latin American countries, has experienced superfast technological growth. Brazil is a larger market than Mexico in both Google Play and App Store, making it the first in Latin America by mobile game downloads.

With a population of 212 million people, of whom 81% currently have a smartphone (and of whom 88% will have one by 2025), Brazil is the third country in the world by total downloads from App Store and Google Play.

Total number of downloads for the Top 10 countries (Estimates from Top 500 apps from the category “all”, January to June 2019, Apple App Store and Google Play Store). Source: Apptweak

According to Statista, the Brazilian mobile games market revenue is projected to reach $380 million in 2020. The expectation is that by 2025, the market revenue will be $450 million.

A good way to appeal to Brazilian audience is offering promotions and special offers in your mobile games as many Brazilians say that they love great deals and smart purchases. Don’t forget to localize the prices and convert them to Brazilian reais (R$). 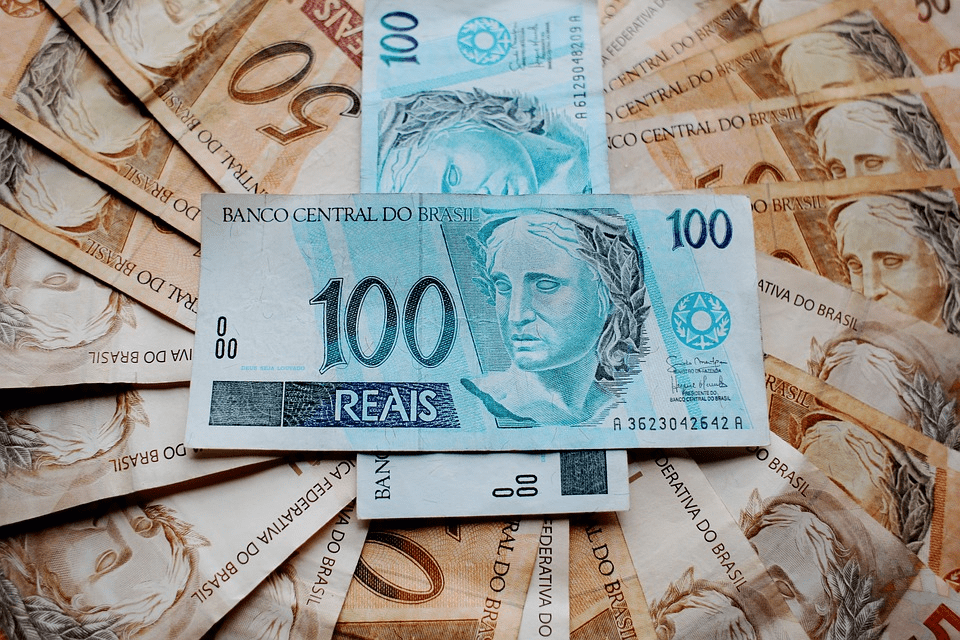 Another remark about adapting to Brazilian reality is that Brazil is located in the Southern hemisphere, so the winter months are very hot while the weather in June, July and August can be chilly. Keep that in mind while referring to the weather during seasonal holidays and events.

In terms of language, Brazilians decidedly want their games in Portuguese, as only a small fraction of them (5%) speaks proficient English. Thus if you’re wondering whether you need to have your app translated to Portuguese, the answer is clear — if you don’t, you’ll be missing the majority of Brazilian players.

Past experience has shown that ASO that is suitable for the Portuguese market will fail in Brazil, and vice versa. You can read more about it in this article.

Portuguese words are in general 25-30% longer than English words, so when building interface elements, it’s generally a good idea to plan for extra space. This is especially valid for short strings (menu items, UI, etc.).

To localize the game and translate the store pages and other marketing materials, you can use Nitro, a professional translation service which will translate or proofread your text within record time (often just a few hours). On Nitro, you can choose the preferred version of the language: Brazilian Portuguese vs. European Portuguese. Remember: Brazilians would find the “wrong” version distracting at best, irksome at worst. 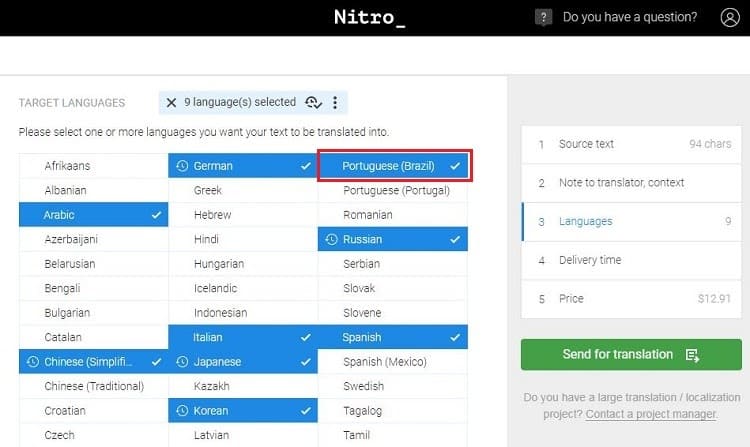 Our clients Full HP shared with us an interesting story about how their mobile shooter Mad GunZ gained success among the Brazilian audience. When they released Mad GunZ on an alternative platform, Catappult, the game had only been localized into English.

They got featured (the largest jump on the screenshot), but soon after that the numbers dropped back. Since most of the players were from Brazil, Full HP localized the game and the app page into Brazilian Portuguese, and this resulted into the numbers climbing again.

Another client of ours, family development platform Wachanga, states that Brazilian users are very active and happy to provide feedback and ideas for ways to improve. So we encourage you to try to win over this promising audience!

While the Brazilian mobile games market cannot be compared to that of, for example, China, it’s still a growing market with a lot of potential for developers.

Remember that Brazilians love multiplayer games, and that the vast majority will download these on Google Play.

Since the vast majority of Brazilians speak only Portuguese, be sure to translate your app and relevant marketing. Use native-speaking translators, like those at Nitro who offer professional translation services, and remember to ensure that the translation is into Brazilian rather than European Portuguese.

Finally, remember that Brazil’s mobile games market is still growing — Brazilian players have proven willing to pay for their games, and with more than two-thirds of players in the medium and high income category, you can expect the ARPPU (average revenue per paying user) will keep rising.

Do you need a professional translation?