Posted by Natalia Shuhman
on 6/3/22 6:44 AM
in localization and translation

In 2021, we at Alconost published data on the most popular languages for product localization. This year, we're continuing the tradition and publishing the latest stats on the demand for languages to enter foreign markets. Read on and get the broad strokes right now.

GET THE FULL REPORT FOR FREE

Highlights: 12 Consistently Popular Localization Languages
Top 5 Languages: The Classic Four + Brazilian Portuguese
Companies that localize into the most popular languages
Japanese, Korean and Chinese are shoulder to shoulder
Places 9-12 and below: What other local markets are popular for localizations
A treat for number geeks: A closer look at the Top 10 localization languages
But localization isn't everything. So, what else is there?
Editing and localization QA: When you need them
Remember: Every product is different
Request the full edition of the article from Alconost for free

An abridged version of this article was first published on the Globalization and Localization Association (GALA)'s website. We thank the association for the opportunity to publish it and for its interest in our content!

In this review, we look at orders made by Alconost Localization Department customers with English as the source language.

People turn to Alconost when launching a product — most often software, an application, or a game — so they can enter foreign markets. The company provides translation and localization services into 100+ languages, video production and multilingual marketing services. Our clients include both indie developers and such large companies as JetBrains, Microsoft, Kaspersky, and Bitrix, to name a few.

The 12 most popular target languages for orders that had English as their source language remained the same as last year. French (France), Italian, German, Portuguese (Brazil), Spanish (Spain), Japanese, Korean, Simplified Chinese, Dutch, Turkish, Polish, Russian are languages that are consistently in demand.

Figure 1. The most popular target languages in projects with English as the source language in 2021. The share of orders for the top 12 languages accounts for 63.6% of the total volume of orders.

However, the positions of some languages have changed within the most popular ones compared to last year. Korean, German, and Brazilian ranked higher in the top 12, while Spanish, Dutch, and Turkish ranked lower.

The main surprise in the top 5 is Brazilian Portuguese's rise to 4th place and Spanish dropping out of the top four languages.

"The availability of a product, not just in English, but in FIGS languages, too, is, in a way, an integral part of software, games, or apps that strive to be global. But we can't forget that translating a product into a particular language and localizing a product for a particular country's market are not the same thing. For example, localization for Spain will not fully meet the expectations of users in Argentina or Mexico. The Spanish language in Latin America has its specifics. You need to adapt the product to the local version of the language in a particular country," says Stas Kharevich, Localization Team Lead at Alconost.

While Spanish's move to fifth place in popularity is a noticeable change in the ranking, it doesn't indicate a global decline in interest in the Spanish language. After all, if we combine the order statistics for all varieties of Spanish (in 2021, we also worked with Spanish for Mexico, the US, Argentina, and Colombia), they would have taken the top spot in our ranking with a share of 8.45%.

If we talk about French, which leads our ranking for the second year in a row now, we mean only the French spoken in France. Note that, for example, Canada, one of the most attractive Francophone countries in terms of marketing, has its own variety of French, and orders for "Canadian French" in our statistics aren't included in the number of French orders for France.

Learn more about the nuances of localization into Canadian French in our review.

Brazilian Portuguese deserves special attention in the top languages. In 2020, it was the "fifth element" in the ranking, on the heels of the classic four. And in 2021, it moved into fourth place and changed the traditional balance of power.

The following factors, we believe, have influenced the growing popularity of Brazilian Portuguese for localization:

Indeed, the Brazilian market looks like a tasty tidbit for developers. Considering that Brazil is a growing market for mobile apps and games, we predict that Brazilian Portuguese has a good chance to settle in the top 5 and to be in demand for localization as much as the most popular European languages.

Here's a review of the Brazilian mobile games market and helpful information for those planning to scale their product to Brazil.

Companies that localize into the most popular languages

Among the companies localizing their products into the top languages from our ranking are JetBrains, TransferWise, Avangate, Movavi, and Vizor Games. Bear in mind that these Alconost clients' activities aren't limited to the top 5 languages. As they expand into foreign markets and develop their products, they need to localize into additional languages, and their list is even wider than our top 10.

Request the full article on Top localization languages for free

Japanese, Korean and Chinese are shoulder to shoulder

Just as it was a year ago, Japanese remains the sixth-most-popular language in projects with English as the source language. Although its share among the total number of orders increased by 0.7%, it failed to make it into the top five.

Follow the link for tips on localizing games for the Japanese market.

Please note: The statistics we analyze in this article reflect only "English to Japanese" orders. However, there's another side of this moon: translations from Japanese to English and Asian and European languages.

"For the last year, we've been actively working with clients from Japan. Among the exciting companies from Japan that we started working with in 2021, I would like to mention the game developers Characterbank and Zxima, as well as the tech company RICOH. We expect that we will help more IT and tech companies gain new clients and users from the Asia-Pacific region and the rest of the world in 2022. This March, Alconost was ISO 9001:2015 certified and received two more industry-specific ISO certificates relating directly to translation services. The documented quality of processes will simplify the company's work with corporate clients."

Yoshiyuki Suginome, Regional Director of Alconost Japan and Asia-Pacific, talks about what languages Japanese companies are interested in as target languages and what matters when choosing languages for localization:

"According to our observations, many app developers, from startups to mid-size companies, evaluate the possible impact of localization on ROI efficiency. This potential impact seems to be one of the key factors for specific target languages' selection. As for English, Chinese, Spanish, and Brazilian Portuguese, I guess they're amongst the most popular target languages for Japanese app development companies because of the number of speakers. Apart from that, the cultural and geographical proximity to Japan can factor in. As far as I can tell, this is one of the reasons why Korean, Thai, Malaysian, Indonesian, and Vietnamese are also in demand."

Korean is a popular language for localization, and not just among Japanese customers. It ranks seventh in overall popularity among target languages for orders with English as a source. Over the past year, Korean has jumped three lines up in our ranking: in 2020, its share of 4% earned it tenth place, while in 2021, with a share of 5%, it moved straight to seventh place.

Request the full article on Top localization languages for free

It doesn't come as a surprise if you know the situation in the Korean gaming market. The users from this country are among the most willing to pay in the world, and in 2018, one out of every two(!) citizens of South Korea could be considered a gamer. Given the growing worldwide interest in Korean mass culture, the localization of a product into Korean can no longer be considered something exotic.

Read about the preferences of South Korean users and the specifics of game localization for this market in this review.

Of course, developers aren't ignoring China's audience of more than a billion people. Like last year, between translations into Simplified and Traditional Chinese, developers are more likely to choose the former. Simplified Chinese is eighth in our ranking, just as it was last year.

Read this article about the issues Chinese developers face when localizing games for users in Western countries.

Places 9-12 and below: What other local markets are popular for localizations

Oddly enough, the 2021 statistics show that the languages of three Asian countries — Japan, Korea, and China — are ranked next to each other. A year earlier, Dutch stood between Japanese and Simplified Chinese. Now, it's moved from 7th to 9th place.

The year before, Turkish was ninth, wedged between Simplified Chinese and Korean. This year, Turkish is tenth, but note that this language has been one of the stable areas for localization from English for several years now. Developers' interest in it can be explained by the fact that the Turkish game market is considered the most developed among Middle Eastern and North African countries. The presence of localization significantly increases the chances of a product's acceptance among users from Turkey.

Turkey is interesting as both a target market and a source one. Their game development industry is booming. Read about the outcomes of Turkish game localizations into popular languages in this case study.

Places 11 and 12, as in 2020, are reserved for Polish and Russian, respectively. The gap between them slightly narrowed over the year. The share of Polish decreased by 0.1%, and the percentage of Russian increased by 0.2%.

Places 13 through 17, in decreasing order of share, are occupied by European Portuguese, Traditional Chinese, Arabic, Mexican Spanish, and Thai. The shares of orders for these languages range from 2.3% to 2%.

Read the review of the Middle East market for localization into Arabic here.

Among the languages gaining popularity specifically for game localization, we'd like to mention Hindi. In 2021, the English-Hindi language pair accounted for 1.3% of orders. We'll see how the situation changes a year from now.

Please fill out the form below to get free access to our full report on the most popular localization languages and extra services.

Once you've completed the form, keep this page open. A PDF of the full version of the article will open in this browser tab. Thank you!

You can compare the recent data with last year's data.

Need a localization partner? Book a call with Alconost 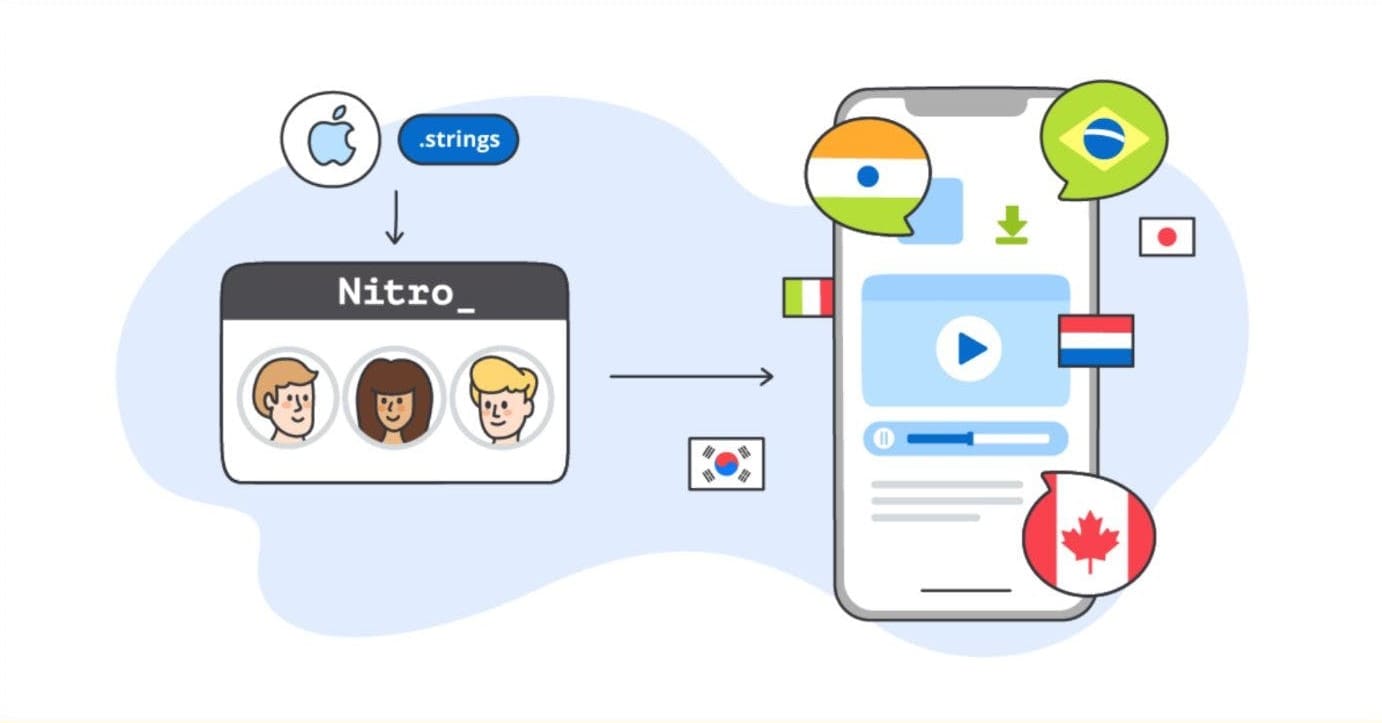 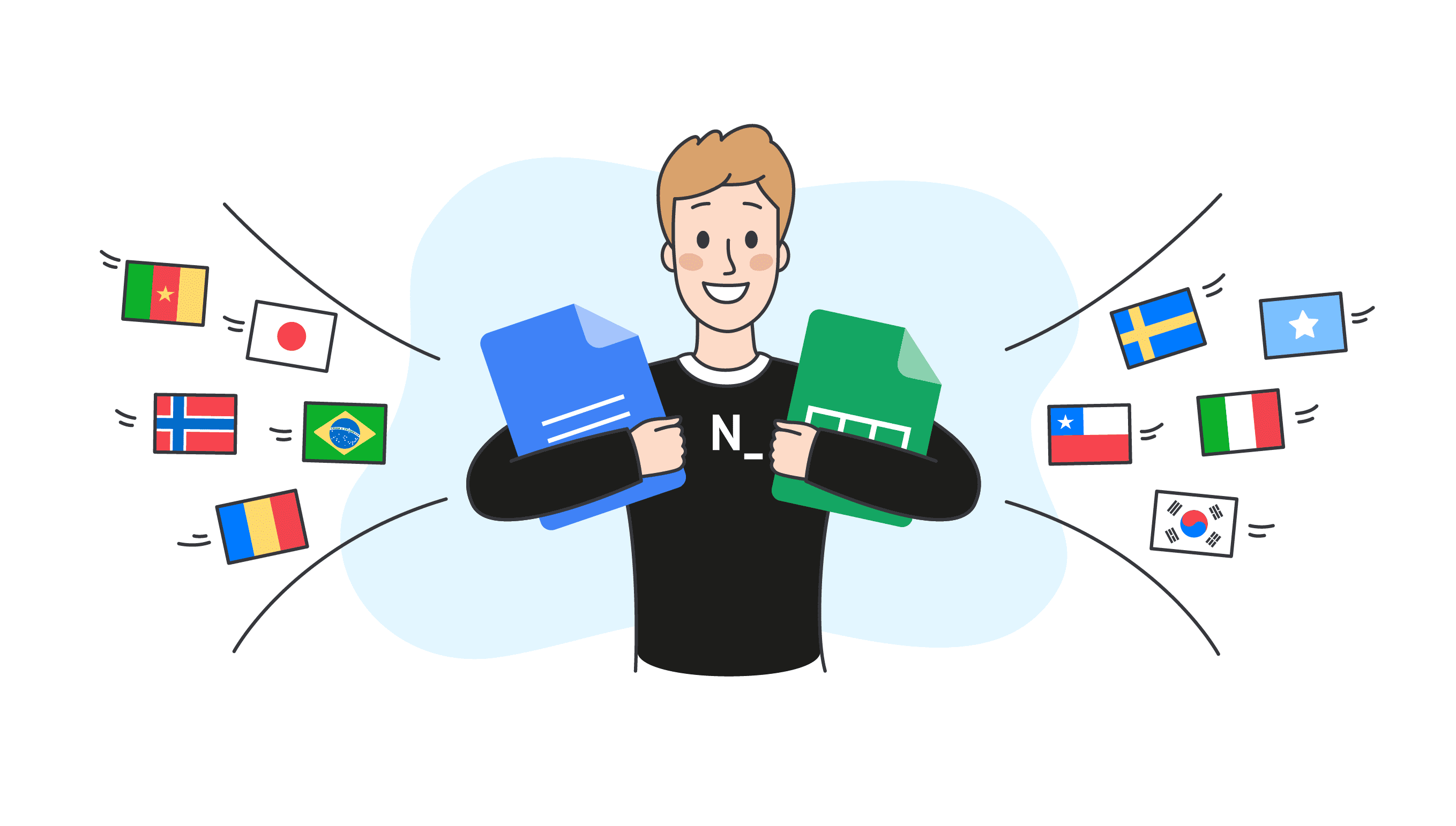 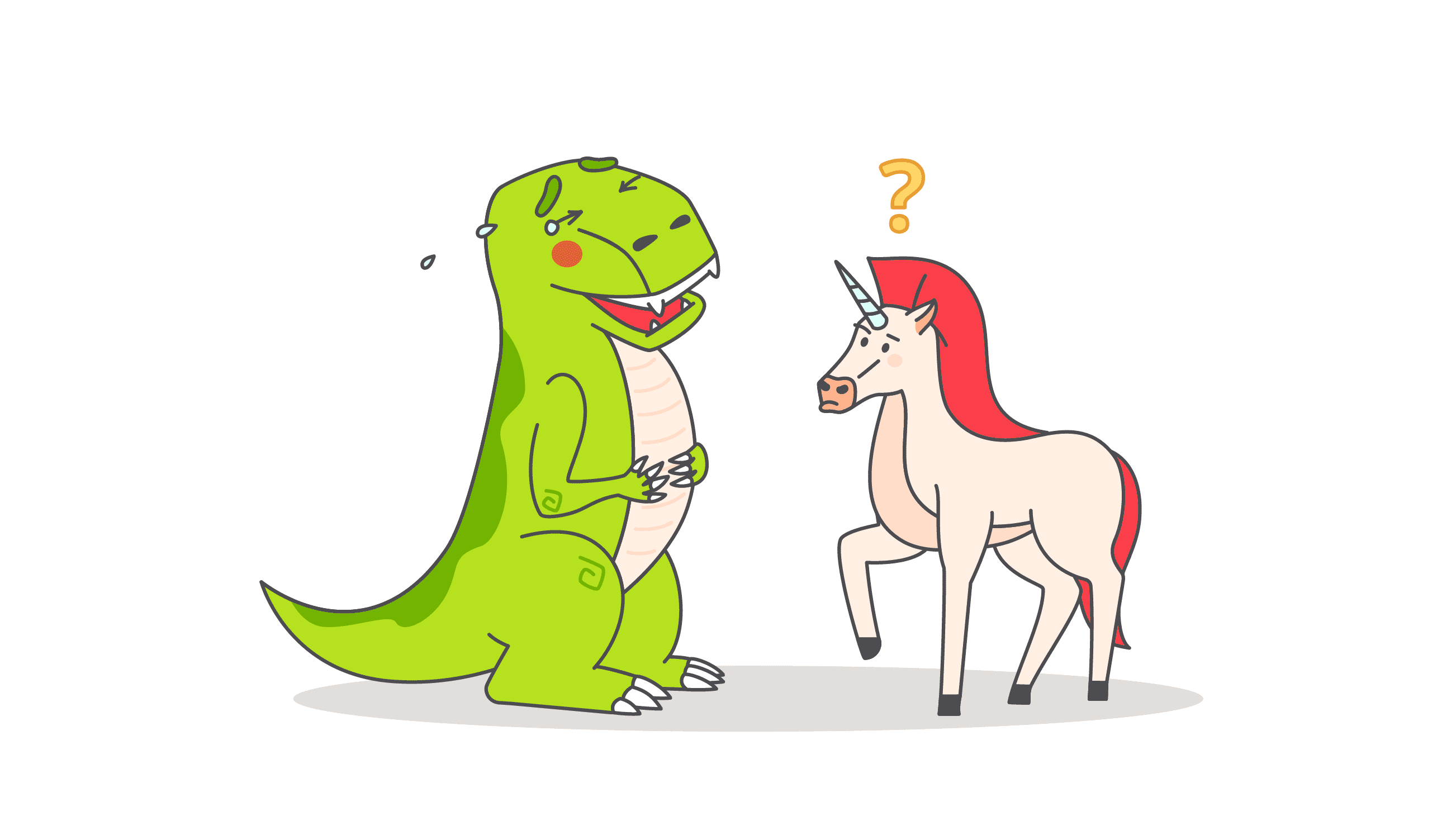